US Market valuations- a concern? 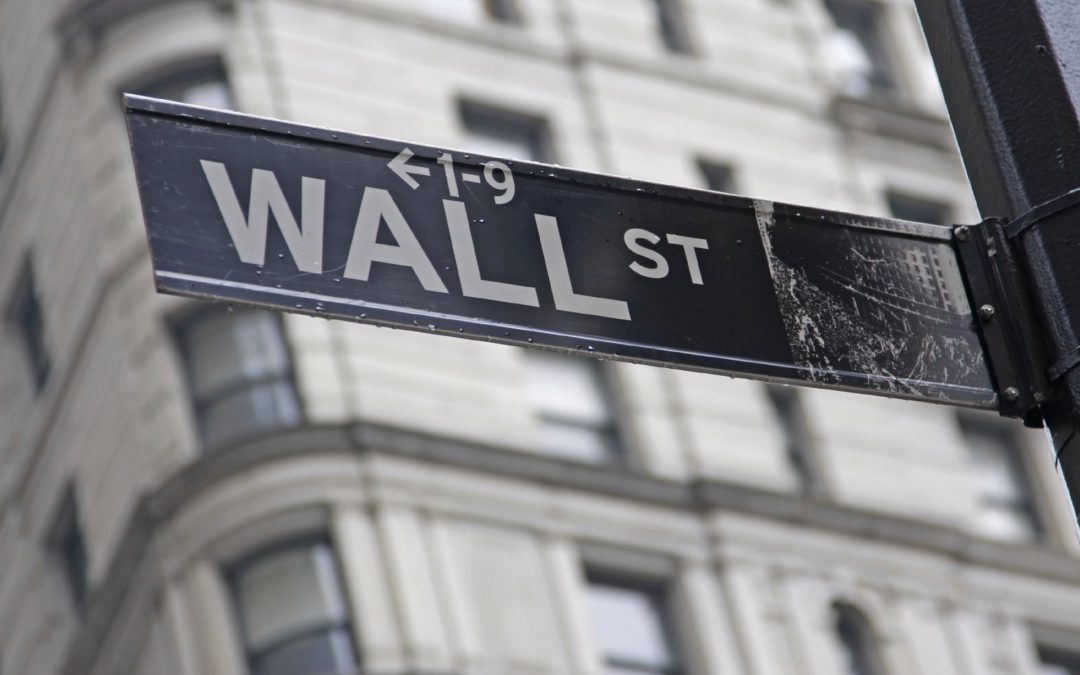 There are a myriad of methods for valuing the  US equity markets, such as a 12-month forward PE ratio for the S&P 500 index (currently 17.8x) and an estimate of the Equity Risk Premium (currently around 3.0%). Compared to historical averages, both of those measures indicate a pretty full level of valuation. Warren Buffett’s preferred valuation measures at the macro level is the ratio of US Total Market Capitalization (TMC) to GDP. That measure currently stands at just over 130% of GDP, its highest level since the dot-com bubble when the ratio peaked at 148.5% in the March quarter of 2000 (see chart below). 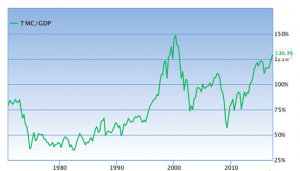 Another valuation method was developed by the Yale Finance Professor, Robert Shiller. Referred to as the Shiller Cyclically Adjusted P/E (CAPE, or sometimes P/E 10) it attempts to smooth the earnings cycle over 10 years rather than focusing on just one year. It is calculated by dividing the S&P 500 price index by a moving 10-year average of index earnings per share (EPS) adjusted for inflation.

Value investors Benjamin Graham and David Dodd argued for smoothing a firm’s earnings over the past five to ten years in their classic text, Security Analysis. Graham and Dodd noted that one-year earnings were too volatile to offer a good idea of a firm’s true earnings power. A 1988 paper by Shiller and Campbell concluded that “a long moving average of real earnings helps to forecast future real dividends”, which in turn are correlated with returns on stocks. Professor Shiller went on to share the Nobel Prize in Economic Sciences in 2013 for his work on the empirical analysis of asset prices.

The Shiller CAPE currently stands at just under 30x, compared to its long-term average of 16.0x (see second chart). It has been higher on just two previous occasions – the 2000 tech bubble and the lead-up to the infamous Great Crash of 1929.

Critics of the Shiller CAPE point out that it is backwards-looking rather than forwards-looking and does not take into account the prevailing level of interest rates. The lower the long-term bond yield, the higher the PE ratio that can be justified. (see graph below) 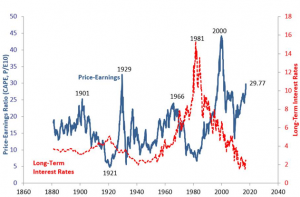 Another measure of the equity market’s value is the Tobin’s Q Ratio, named after another Nobel laureate from Yale University, James Tobin. The measure is defined as total market value over total asset value. The current reading for Tobin’s Q Ratio is 1.00, which is above its long-term average of 0.65 but below its tech-bubble peak of 1.61 in 2000.

Which ever valuation measure is used, the conclusion is broadly the same – that the US equity market is fully priced. However, in some rare instances equities have been more expensive (at higher levels of interest rates), and high valuation alone is normally not enough to end a bull market. Bull markets usually end in euphoria and tight monetary policy, exemplified by an inverted yield curve.  We are not there yet but with interest rates in the US start to creep up we are getting closer. As such, I do not believe it is time to abandon ship but if valuations are to continue higher some  profit taking on US investments may be prudent.