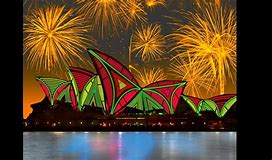 2020- Approaching the bend.
2019 saw very strong returns across growth assets with double digit returns in Global and Australian equities, infrastructure and property. On the flip side cash and bonds offered up extremely moderate returns. (see Pimco summary chart below) Obviously the sets of contrasting returns have a close relationships as normally cautious investors refuse to sit in conservative assets and chase returns in more risky investments, thereby pushing up growth asset prices. With this backdrop what does 2020 hold? 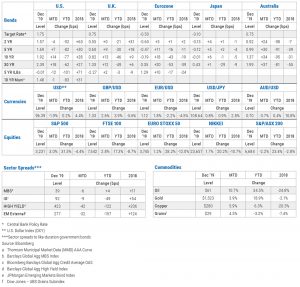 We see powerful structural trends testing limits as they threaten to intersect with the near-term outlook and become market drivers. Rising inequality and a surge in populism have implications for taxes and regulation. Trade frictions and deglobalisation are weighing on growth and boosting inflation. Interest rates are nearing lower bounds and crimping the effectiveness of monetary policy. Sustainability-related factors such as climate change are having real-world consequences, affecting asset prices as investors start to pay attention.

Where will interest rates go?
Domestically, the recent unprecedented fires have assured there will be at least one more rate cut. As I wrote at the start of last year there is every chance rates will go to zero. The cash rate currently sits at 0.75% and interest rate markets have factored in a 100% chance of another cut by May. As mentioned the effectiveness of these cuts at such low levels are losing their potency.
The costs of the drought/fires are still being counted but they have every chance of sending the economy into recession. We saw in the GFC that central banks bailed out banks and insurance firm and BIS (a think tank of 50 of the world’s leading banks) said this could be the template used in the case of climate change.
“In the worst-case scenario, central banks may have to confront a situation where they are called upon by their local constituencies to intervene as climate rescuers of last resort,” it said.
The BIS warned that economic models mapping out possible climate change scenarios were “inherently incapable” of dealing with the many overlapping forces that would lead to a lower-emissions economy.
Lower rates will support equities, but recession causes consumers to save and not spend. Unemployment rises and inevitably company profits decline. A strong government response is needed (fiscal policy) but we are yet to see any evidence that this may be the case.
In the US the 2020 macro environment marks a big shift from the dynamics of 2019, when an unusual late-cycle dovish turn by central banks helped offset the negative effect of rising trade tensions. The U.S. dovish pivot looks to be over for now. Any meaningful support in the euro area will have to come from fiscal policy, (again hard to see with the current political situation (impeachment, split houses, midyear election…..). Emerging markets (EMs), however, still have room to provide monetary stimulus.
The world’s biggest asset manager Blackrock believe that growth is the key support of risk assets. Their base case is for a mild pickup supported by easy financial conditions, with a slight rise in U.S. inflation pressures. Blackrock see China’s economy stabilizing, but with little appetite for replays of the large-scale stimulus of the past. They see the growth uptick taking root in the first half of the year, led by global manufacturing activity and rate-sensitive sectors such as housing.
Blackrock cite the main risk to their outlook as a gradual change in the macro regime. One such risk: Growth flatlines as inflation rises. This might pressure the negative correlation between stock and bond returns over time. (Think back to Hamish Douglas comments re interest rates.)
A deeper economic slowdown is another risk to consider. There has been a pause in the U.S.-China trade conflict, but any material escalation of global trade disputes could undermine market sentiment and cut short the expected manufacturing and capex recovery that underlies BlackRock’s tactical views.
Summary

As usual there are a number of possible destabilisers that could see the end of the bull market run, but the likelihood is that 2020 will remain supportive of equities. Be prepared for some large swings through reporting seasons and remember to stay true to your risk parameters.